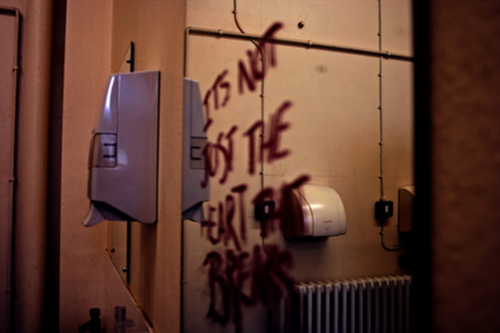 There is currently a lot of discussion about women’s rights and contraception going around our fine country, all because one man said that no company should be able to limit an employee’s health care coverage from employee health insurance due to differences in that company’s and the person’s religious beliefs: a government mandate against religious and gender discrimination. Instead, suddenly women who want the right to make their own decisions governing their bodies and those who choose to use contraceptives are whores.

Call me a whore, if you like. I want to make my own decisions about my body, not to have my coverage limited by an employer because they disagree. I want my family planning to be a decision made between myself and my husband, not somone else. More importantly, I want all women to have the opportunity to make their own choices.

As women, we haven’t always had choices. We’ve been property and slaves. Throughout history, contraception has been an important issue, one many of us have given our lives for in one way or another. Before you start slinging the accusation of whore, though, let’s examine it a bit.

Who is considered a whore?

And now, according to some conservative fringe, if a woman embraces and owns her sexuality, she is a whore. If society chooses to call these women whores, these women who survive under impossible conditions, who have been beaten down by society and feel unloved, or who dare to own their own bodies rather than let someone else own them, then call me one, too. I stand beside these sisters and daughters, mothers and wives. It doesn’t matter if we share beliefs on contraception or childbirth. What matters is that we all, as human beings, be given that choice, free from discrimination.

Before slinging mud at women, perhaps society needs to take a good look in the mirror. What they will see is a reflection of themselves.

One thought on “The Whore in the Mirror”