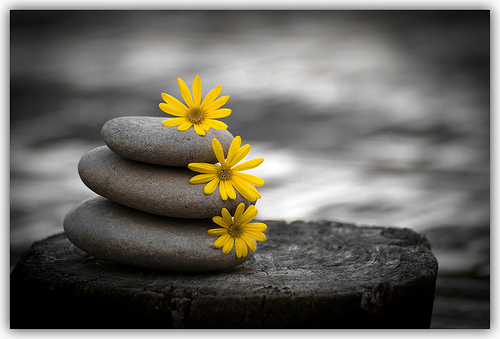 Welcome to the March edition of the Simply Living Blog Carnival – Clearing the Clutter cohosted by Mandy at Living Peacefully with Children, Laura at Authentic Parenting, Jennifer at True Confessions of a Real Mommy, and Joella at Fine and Fair. This month our participants wrote about de-cluttering and cleaning up. Please check out the links to their thoughts at the end of this post.

Among my close friends and family, I’m sometimes lovingly referred to as a decluttering diva.  I admit I love to declutter and organize. When you walk into my house, there may be some toys or books out that the kids have been using, but you won’t find knick-knacks or a lot of stuff. Our lifestyle is far from being minimalist, but we do keep it pretty simple and stream-lined. Having everything in its place is thrilling. Getting rid of unwanted or unneeded items is liberating.

It doesn’t take much for me to find a reason to declutter: feeling like we have too much stuff, seasonal changes, upcoming major events, or just feeling stressed. I’ll declutter for any of those reasons and more. In part, I want to embrace the simple lifestyle I enjoy. I want to live mindfully and embrace what is important. A small part of me is still fighting the idea of ever living in clutter again.

My mother once jokingly said to me that as a young child I was obsessively organized and neat. She laughed that she didn’t know what she was going to do with such a child. My parents were born in the ’30s and 40’s (I was the last child born to them later in life) to parents who lived through the Great Depression. There was a mentality prominent in that generation that you should never get rid of anything because you might need it someday. Add to that the fact that my mother worked hard and struggled to make enough money and our farm became a black hole. Once something came in, it never left. My father’s blatant lack of organization permeated the amount of stuff, and I often felt like our home was drowning in tems. It wasn’t as though our home would have been featured on Hoarders, but it often felt like that to me.

My much older siblings found a way around that. They would dump stuff on me as an excuse to get rid of items. It was still in the house but no longer their responsibility. Not being allowed to get rid of it, I turned to boxing up items to store in my section of the closet so that they took up the least amount of space and was out of sight. When they moved out of the house and my mother would ask if they wanted something, they would reply that I might want it. I tried my hardest to find other people who actually needed items and make suggestions that perhaps they could utilize some of the unused items, but I was often met by the suggestion that my children might want the items. One time, in desperation, I tried smuggling items out by hiding them in a bag of trash. I almost made it, but my mother decided to go through my trash. It was not a pleasant situation.

I was surrounded in stuff I didn’t need but usually in need of basic items that went lacking. One would think that becoming an adult, marrying my husband, and having my own home would have left me to shed the clutter and free myself from its grasp, but growing up with clutter has an impact on even someone who hates and is stressed out by clutter.

My mother died when I was 19, shortly before my wedding. There was a large void, and items reminded me of her. Add in some of my mother’s items, weird wedding gifts, and a husband who came with his own baggage, literally and figuratively, from his own parents born in that generation, and we still had too much stuff. It didn’t help that we didn’t have much money in grad school and I was constantly worried that we wouldn’t have enough money for basics like when I was growing up.

Changing was a process that took time. I had to face the reasons that I held onto items – because they had belonged to a deceased love one or fear that I wouldn’t have something I needed. As I worked through my issues, I shared my experiences with my husband and he, too, began working on his issues regarding stuff.

We now live a simple, decluttered lifestyle, free from the stress and pressure of stuff. We are raising our children to consider purchases carefully, buy what they need, and not let stuff rule their lives. Decluttering is a constant process as life happens, and one I can now fully embrace as a healthy way to excise the demads of too many things.

Thank you for visiting the Simply Living Blog Carnival cohosted by Mandy at Living Peacefully with Children, Laura at Authentic Parenting, Jennifer at True Confessions of a Real Mommy, and Joella at Fine and Fair. Read about how others are incorporating simple living into their lives by clearing out the clutter. We hope you will join us next month, as the Simply Living Blog Carnival focuses on Going Green!

9 thoughts on “From Cluttered to Clutter Free”