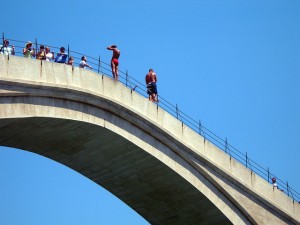 Over the past few months, I have heard the culture excuse come up numerous times in various groups and conversations. A topic is raised, and someone throws in culture as their rationalization for doing something. From infant circumcision to the piercing of little girls to eating shark fin soup and more.  I agree that it is important to acknowledge culture as a part of our broader understanding of others, and I will be the first to admit that our family attends a wide variety of cultural events, reads books on other cultures, and discusses understanding others.

That being said, the way I have been hearing “it’s cultural” thrown around lately comes out more as an excuse. There are many things which are done in a given society that aren’t necessarily right, and I refuse to accept “it’s cultural” as a valid reason for doing something. Perhaps my husband is right in that I am way too analytical for most people, but I want my kids (or people in general) to explore their reasons for their decisions and not just do something because others are. It’s the proverbial bridge my mother used to speak of, where mass groups of people are jumping because everyone around them is.

If you decide that you want to do something because you like it, just be honest. “It’s cultural” just seems like an excuse for not being authentic. Child circumcision (male and female), hitting of children, raping of women, racism, etc……technically, it’s all cultural. It is still not okay by my standards. I think people need to dig a little further. My husband and I are both part Irish and we have an Irish surname. We named our children Irish names, because we happen to like those names. I have considered making a kilt for my husband, because frankly, he has nice legs and the idea of seeing his hockey/soccer legs under a kilt is a bit of a turn on. I will admit my reasoning, though, and not just throw it out as a mindless “it’s cultural.” I make many of the same holiday dishes my mother used to make, not because they are cultural dishes, which by definition they are, but because I like the way they taste and they remind me of times with my mother.

If someone believes so strongly in their belief that they are willing to act on it, there should probably be more thought put into it than “it’s cultural.”