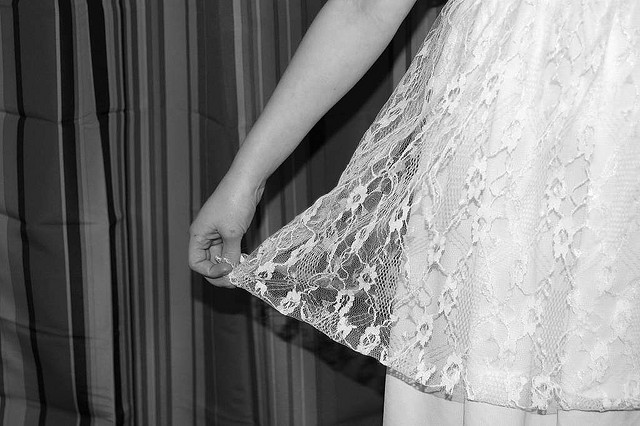 The wedding was short.

Ultimately, the bride, dressed in white playsilks, was unwilling. She repeatedly signed all done while saying “ah duh.”

The groom was unfazed by her lack of commitment, seemingly self-absorbed in his LEGO constructions.

The officiator tried to hurry the process along, in the vein of The Princess Bride, quickly saying “Man and wife.” This prompted a small historical overview of the premise behind those words from his mother, seated in the audience. He emphatically agreed that women are not property and vowed to change the words to “husband and wife,” henceforth.

The coordinator was not phased. Despite the fact that she had spent time paying attention to all of the little details, she took it in stride, declaring that they would try again, with a shuffling of characters, after the reception.

Then followed a delightful reception of gluten free vegan carrot cake with almond milk. Not to be thwarted in her next attempt at a wedding, the coordinator then declared herself to be the bride, and another wedding ensued.

The mother, who happened to be the mother of all parties involved, quietly left the room to hide her inoppourtune chuckling.

3 thoughts on “The Wedding was Short”